The Need for Long-Term Care Continues to Grow

In 2011, the oldest Baby Boomers (defined by those born between 1946 and 1964) began celebrating their 65th birthdays and each day through 2029, 10,000 more will cross that threshold nationwide. As this demographic trend plays out, there will be an increased demand for services providing care for the elderly. Pennsylvania now has 2.2 million citizens age 65 and older.

The state ranks 4th among all states in the percentage 65 and older and in the percentage age 85 and older. This older demographic is the group most in need of personal care, assisted living and services in a skilled nursing facility. By 2030, Pennsylvania’s 60 and older population is expected to be 29% of the population—approximately 4 million people. The number of Pennsylvanians age 85 and older is expected to exceed 400,000 residents in 2030. Trends in our aging demographic, their care needs and those of their caregivers, providers of long-term services and supports and the financing of this care are all essential to understanding as we, as a state, work to ensure access to high-quality care continues.

Impact of Long-Term Care in PA 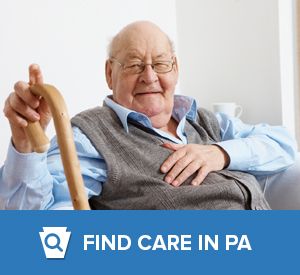 OptumCare (TM) CarePlus is a care and care management program that provides an extra layer of care for residents with complex medical needs. Our nurse practitioners anticipate needs, coordinate care, and increase communication with physicians, nursing home staff and family.