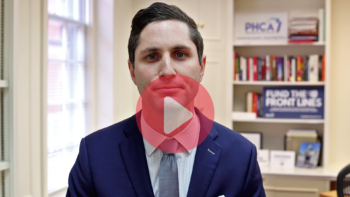 “The Governor’s proposed Medicaid funding increase would be a critical step toward sustainability for long-term care – but it’s simply not enough.

“At a time when nursing home providers are questioning their operational viability due to inflation and continued COVID-19 expenses, a workforce shortage has become a full-blown crisis, which has created bottlenecks in hospitals and access to care issues in long-term care facilities.

“In fact, many nursing homes throughout Pennsylvania have already been forced to limit or restrict new admissions simply because they do not have enough trained, qualified staff.

“The Medicaid funding allocated to nursing homes in today’s budget proposal – $91 million beginning on January 1, 2023 – won’t come close to covering the underlying funding shortfall that already exists, nor will it meet the demand for higher wages and more workers. It’s only one step in what must be a series of meaningful investments for our most vulnerable residents and their providers of care.

“PHCA has proposed a $294.3 million investment in Medicaid reimbursement rates, so that providers are empowered to invest in higher wages for their workers, recruit new caregivers to the front lines, and meet skyrocketing operating expenses.

“Throughout the past two years, federal stimulus dollars have been critically important to long-term care. But short-term fixes will not sustain our industry. It’s time to fund the care of our most vulnerable population — which can be accomplished with just $35 more per resident per day.

“Our message to the Governor and Pennsylvania’s General Assembly is simple: today’s proposal is the beginning of a discussion that must yield real support for nursing home providers, workers and residents throughout the commonwealth. We can’t afford to overlook and underfund long-term care anymore. Sustainability depends on a real investment now.” 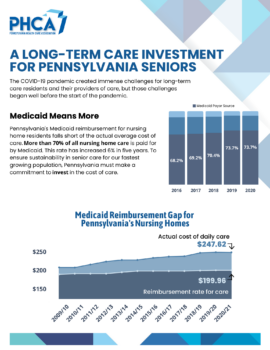 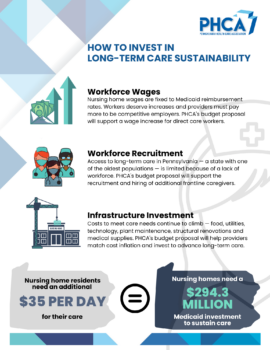 Institutional Care Pharmacy (ICP) is located in Tiffin, Ohio; Mason, Ohio; and Sharpsville, Pennsylvania. We have been providing pharmacy services since 1969 and have maintained a progressive approach for our customers. This progression has made ICP recognizable as a provider of quality, cost-effective pharmacy products and services